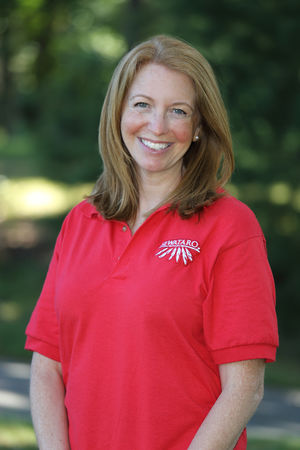 As a former camper parent, Fox Section Supervisor, Community Engagement and Event Manager, and everything in between, Amy Podolsky’s heart belongs to Sewataro in all things, big and small. This year, Amy steps fully into the role of Camp Director, with a great sense of pride, privilege, and joy. "I love this camp, I love working with this team, and I cannot wait to continue doing what we do best…making sure that each day is both special and unique, and that, above all, every camper has an amazing, fun-filled, and meaningful camp experience.” Amy’s infectious enthusiasm is palpable, and she is thrilled to continue to cultivate Camp’s special sense of community, from the youngest camper to the dedicated staff members who make Sewataro their summer home.

Amy is a graduate of Boston University’s College of Communication. After spending several years working in television, as a Special Projects Producer, and as a Researcher for the PBS Kids show ZOOM!, Amy’s life changed direction with kids. Thankfully, those signs all led to Sewataro! And, on diving into her Camp career in 2009, Amy says, “I had no idea I was stepping into something that would become such an important part of my life…Sewataro is like home, and this is my summer family." :)

In her free time, Amy enjoys dance, yoga, creative writing, watching movies, and helping out in her community. Above all, she loves her family and friends. Amy hails from Cherry Hill, NJ, and has been living in Sudbury for nearly twenty years with her husband and their two sons, Josh and Danny. 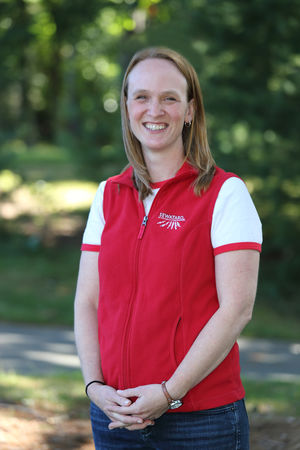 Emmy began her Sewataro career as Assistant Director in 2007, a position she would hold and excel at for many years. Emmy’s role has since evolved, and we are pleased to announce that she is now our Director of Operations. Emmy will continue working tirelessly behind the scenes to ensure Camp’s smooth operation and success. She says her favorite part of working at Sewataro is watching campers grow, particularly those that go on to become CITs, and then staff members. "To see how Camp helps to shape campers to be such kind, joyful, confident and respectful people…and to feel like my work plays a part in that growth, is very fulfilling,” she says. As for Traditions, Emmy enjoys them all, and especially Olympics, Chicken Fat and the camp songs. :)

Emmy hails from Cummington, MA, a small town in the western part of the state. She received her BA in Elementary Education and Communications from Keene State College in New Hampshire, and then spent three summers working at a YMCA overnight camp in New Hampshire as the Girl’s Camp Director. Emmy now lives in Westminster, along with her husband and 2 children. Her daughter is a four year camper, and her son will be attending for the first time in 2021. In her free time, Emmy enjoys the outdoors, especially camping, hiking and skiing. 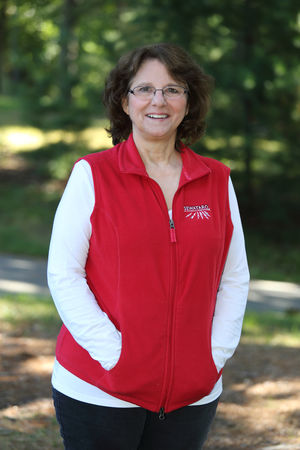 Cheryl joined the Sewataro office team in 2010. Before Sewataro, she studied Psychology at Stonehill College and then went into accounting for 9 years. When her first child was born, Cheryl became a stay-at-home mom, which she continued through the childhood of her 3 children. She returned to the field of accounting in 2004. Cheryl’s role at Sewataro has grown over the years and she now manages the business office and handles camp enrollment.

Cheryl lives in Hudson with her husband, daughter and cat. She enjoys vacationing in New Hampshire, kayaking, reading and spending time with her family. Her favorite part of camp is watching the campers have fun! 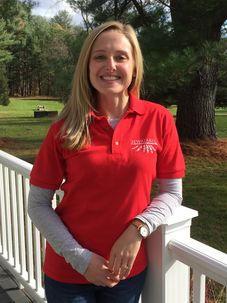 Jeannine Lawless says she’s in her “second lifetime” at Camp Sewataro, having once been a camper herself, and then a staffer in her teens, working alongside her mom, Pam Madow, who used to run our summer office. In 2014 Jeannine came back to Camp, as both a parent and invaluable member of our office staff. Jeannine has served in several roles since that time, most recently as our Transportation Coordinator. She brings a background in communication and project management and has worked closely with Emmy for many years now. We are thrilled she’s part of the team!

Jeannine hails from Maynard, and holds a B.A. in Communications from Hamilton College. Before returning to camp, she spent many years working in educational publishing. In her down time, Jeannine enjoys reading books, doing Pilates, and spending time with her husband and their two boys. “I love being able to share camp with my kids. Sewataro is truly one-of-a-kind, and the amount of growth children experience over the course of a summer often rivals that of an entire school year. I’m thrilled to watch my kids experience ‘growing up’ at Sewataro like I did!” 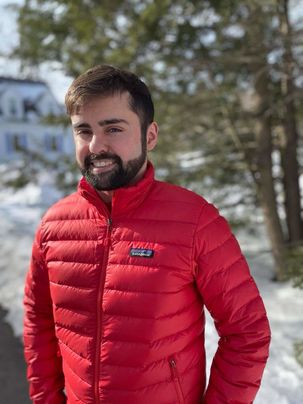 And the newest member of our leadership team – though no stranger to camp – please welcome Ciaran Brittain, our Assistant Director focusing on Programming and Camper Experience! Ciaran comes to us from Dublin, Ireland, and recently moved to Sudbury with his wife and son. A former elementary and ESOL teacher, with extensive camp experience, we are thrilled to have Ciaran join the Sewataro team. Ciaran holds a Bachelor’s degree in Economics and Social Policy from the University College of Dublin, and a Master’s degree in Education from Trinity College Dublin. Ciaran has volunteered as a scout leader for nearly a decade, and when he’s not hiking, camping, cooking, or firebuilding, can be found playing basketball or Gaelic football, or having a rousing conversation in fluent Irish!

Ciaran believes in “the transformational power of camp in the lives of children” and is looking forward to experiencing “the Sewataro Way” of doing just that. Of his many achievements, Ciaran is most proud of the peer-voted “Spirit of Camp” award given to him in 2017 from Camp Chief Ouray. He received that award for demonstrating the core values of caring, honesty, respect, responsibility, and loyalty, and we are very much looking forward to Ciaran bringing those values to bear at Sewataro!