It’s hard to believe we are already halfway through our 60th season. It’s true what they say- time flies when you’re having fun! Week four brought us colorful crafts, Overday fun and an exciting Friday Special Event. 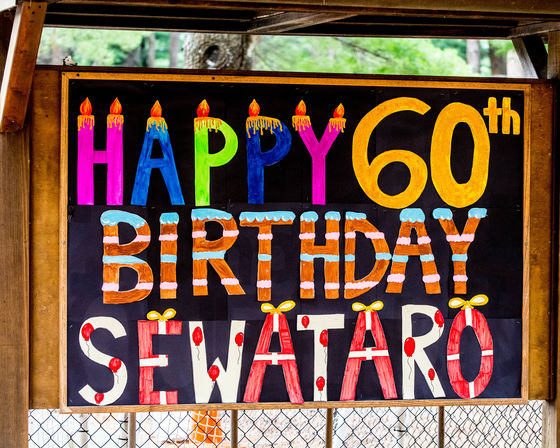 Due to the storms last Friday, we were not able to give out Spirit and Clean Tent Awards at Closing Exercises. For this reason, we began Monday morning by handing out the awards from the previous week. Congratulations to all those who earned awards! 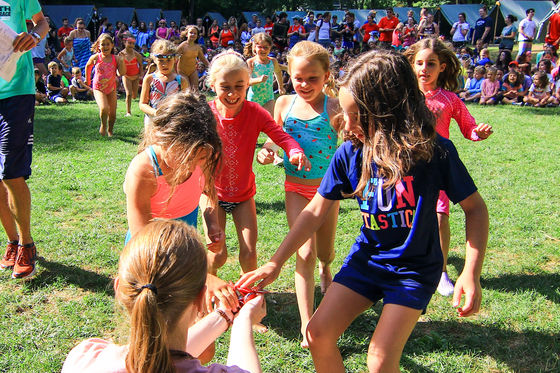 This week, the crafts crew helped bring an array of beautiful colors to camp. During Tie-Dye Week, campers were able to create one of a kind Sewataro t-shirts. We loved seeing all the different patterns and colors drying outside of crafts. Whether campers made spiral, bullseye, striped or just random patterns, they had a lot of fun continuing this Sewataro tradition. 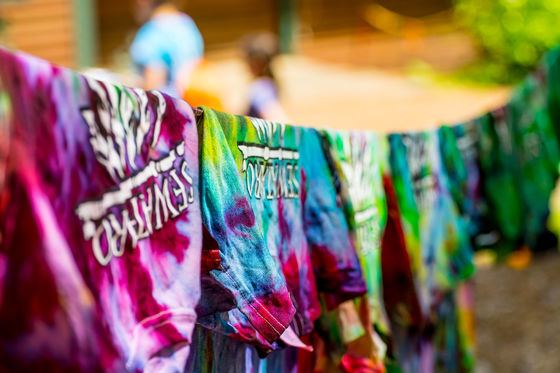 On Tuesday, the Fox and Bear sections took part in their first Overday of the summer! Campers in the Fox section began their evening with a Scavenger Hunt while Bear section campers went swimming and played field games. 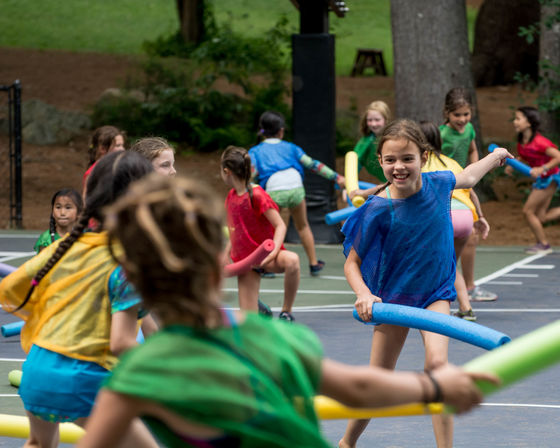 After a campwide pizza party, tribes headed to the campfire to perform their Overday songs and enjoy music played by John Fitzsimmons and Friends. Fitz has been entertaining us at the Overday for over 40 years, and has played an important role in the history of Sewataro. The event was a great success! 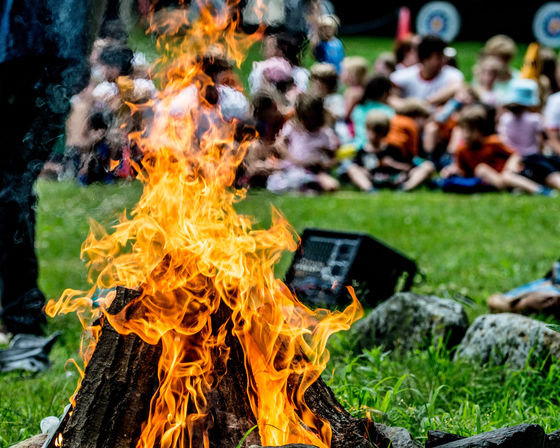 On Thursday, we sent our oldest campers on two different field trips. While the Senior Campers (Hopi and Zuni tribes) hiked up Wachusett Mountain State Reservation, the CITs spent part of the day at Cradles to Crayons. Both trips are favorites for campers! 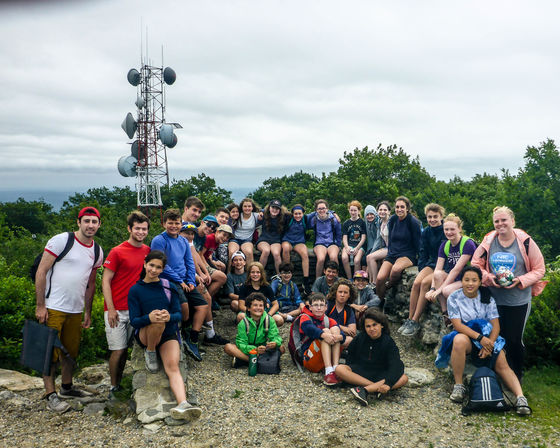 We started Friday morning off with one of our beloved camp traditions, Chicken Fat! Chicken Fat, which was commissioned for President Kennedy’s youth fitness program in 1962, was led by Mark and the Sewataro Chicken. 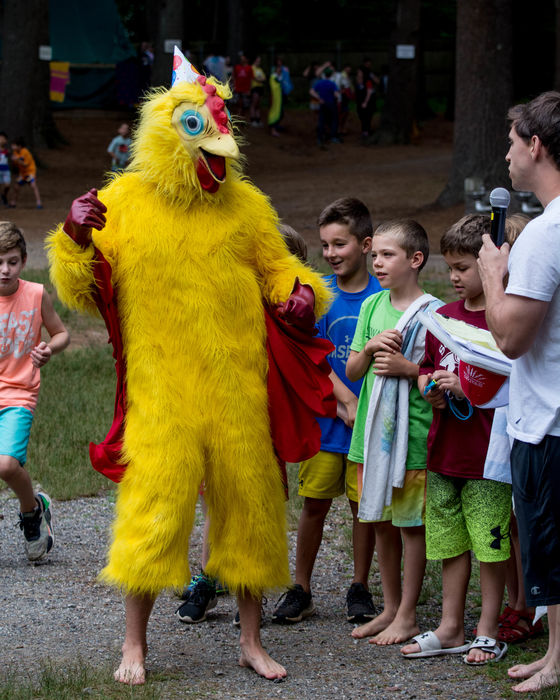 The fun continued in the afternoon during our Special Event “Happy Birthday Sewataro!” Campers traveled around stations playing birthday themed games and activities. After an afternoon of party games, the whole camp came together for a celebration at the Grassy Bowl. 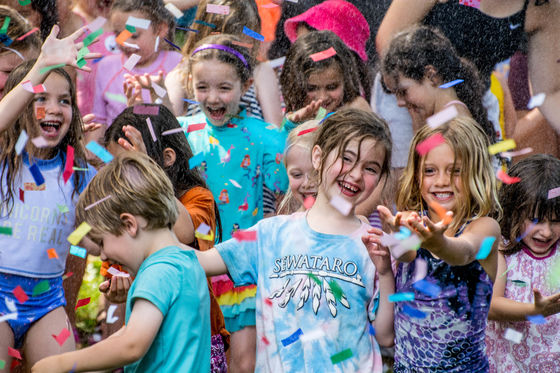 The celebration included performances from The Sewataro Band, Mark and the Sewataro Chicken giving each other Cannons (the first ones of the summer!) and a plane flying over the camp carrying a Happy Birthday banner! The event concluded with confetti raining down on everyone, campers receiving special Birthday Cake Oreos and the limited edition Sewataro 60th Anniversary pins. 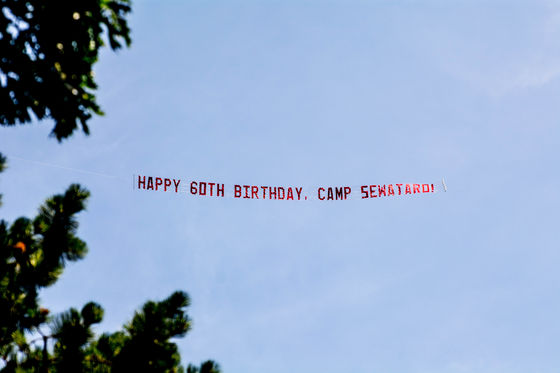 At Closing Exercises, there was not only one but two more Cannons! After getting her third strike on Thursday, Fishing Photographer Alexis Caire received her first ever Cannon. Followed by her, Program Supervisor Brian Grigsby was given a Cannon thanks to a Wacky Wheel Spin on Wednesday. 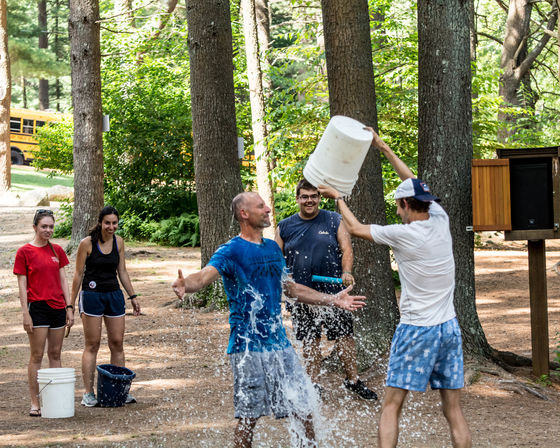 As we close out our second session, we hope those leaving us had a great time at camp and continue to have an amazing summer. For those of you joining us for two more weeks or the remainder of the summer, rest up and we will see you back here on Monday!